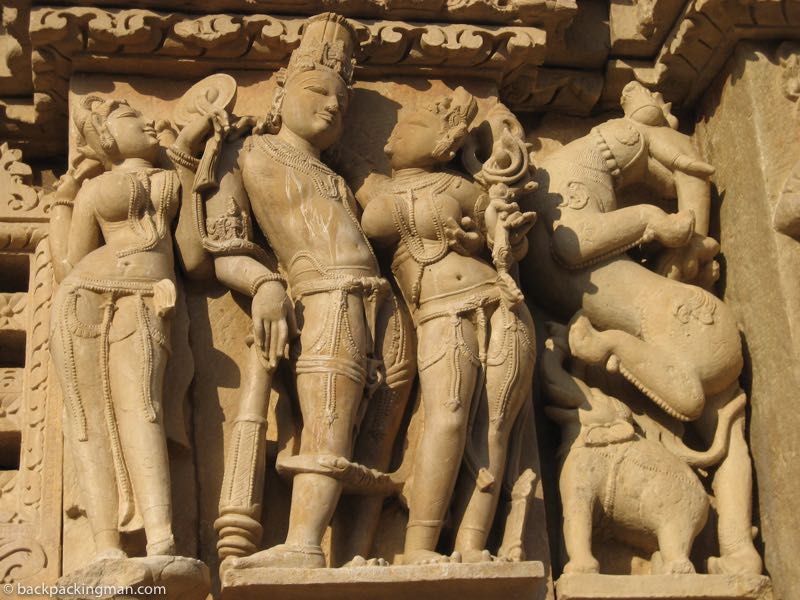 This is the Khajuraho Temples in images. 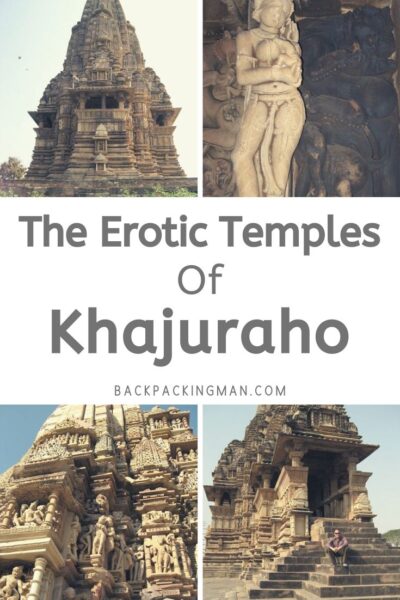 The area is officially named the Khajuraho Group of Monuments and they are situated in Madhya Pradesh state.

The Hindu deity Lord Shiva is the main deity of the temples.

The Chandela Dynasty ruled the area 1000 years ago and was responsible for the temples and sculptures.

Tip: One of the best ways to get around and see the temples is to rent a bike (around Rs20 a day). 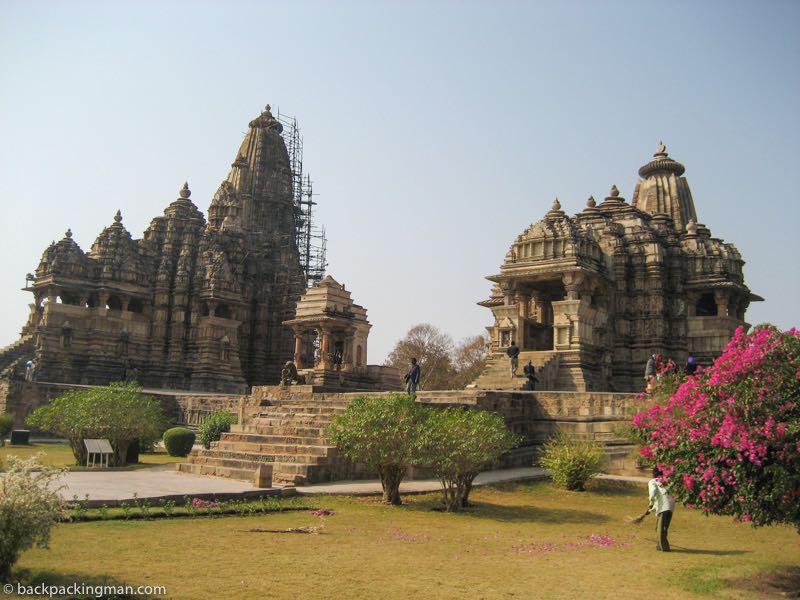 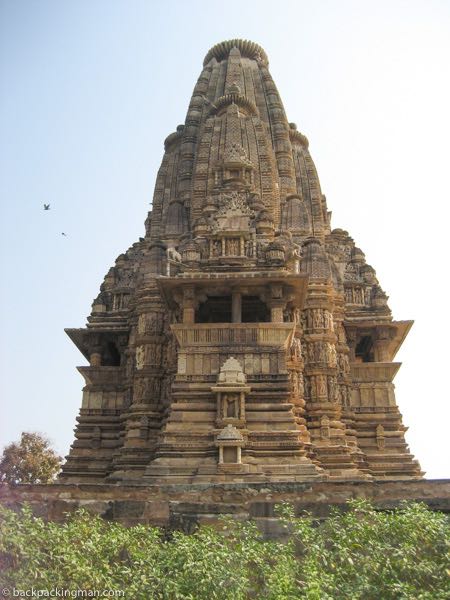 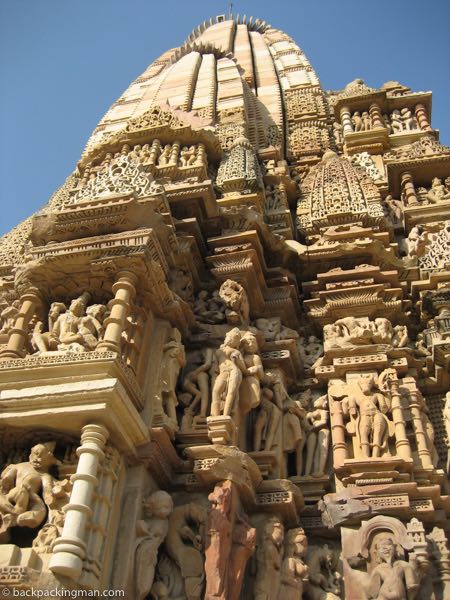 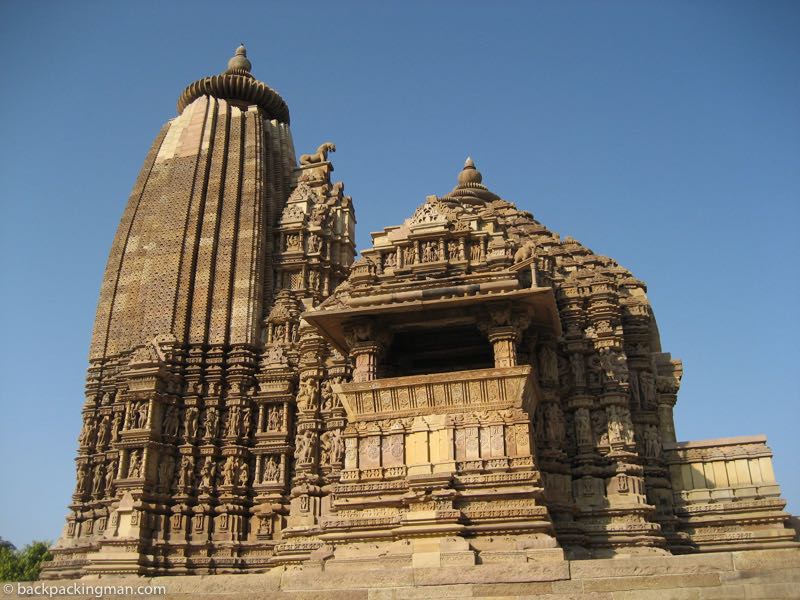 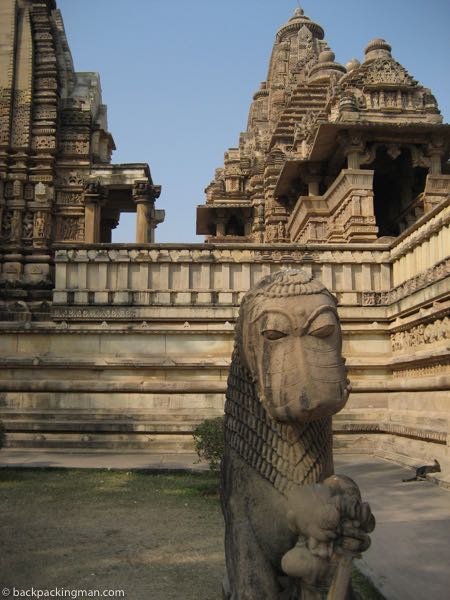 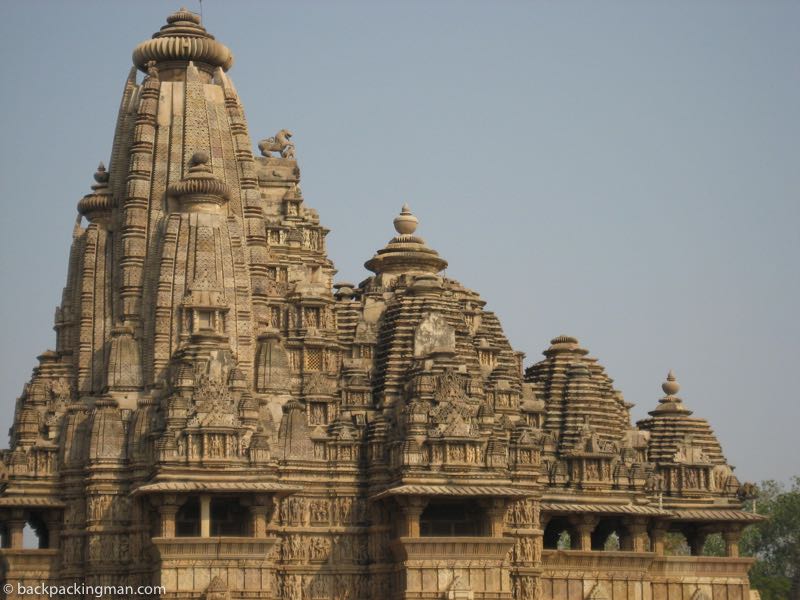 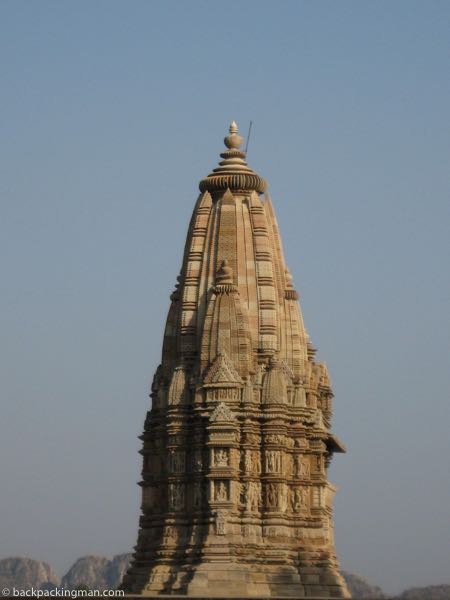 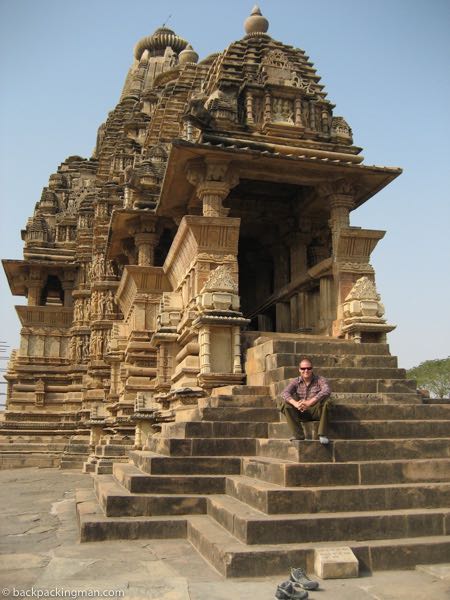 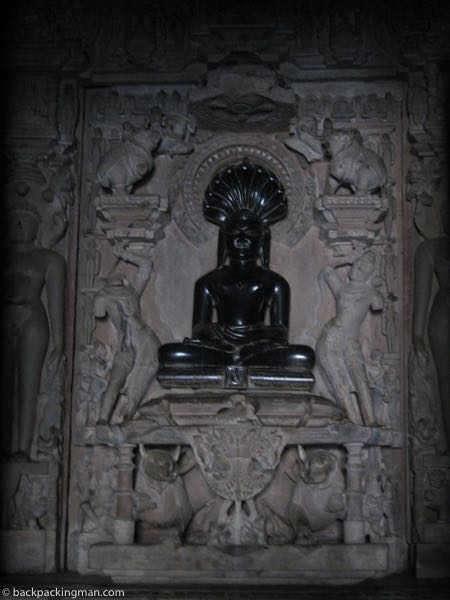 The Khajuraho Temple sculptures are lovingly described as ‘Khajuraho temple hot pics’ in certain searches online when looking for Indian temple art and they are not far wrong as the temples good be seen as old pornography.

The Khajuraho temple sculptures date back to 950 AD and 1050 AD when the Chandela Dynasty built them. 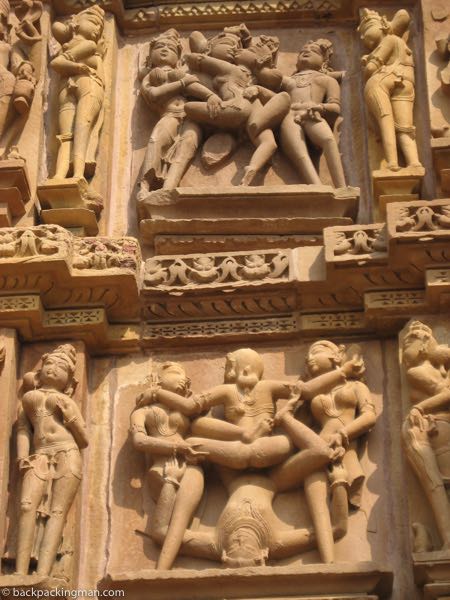 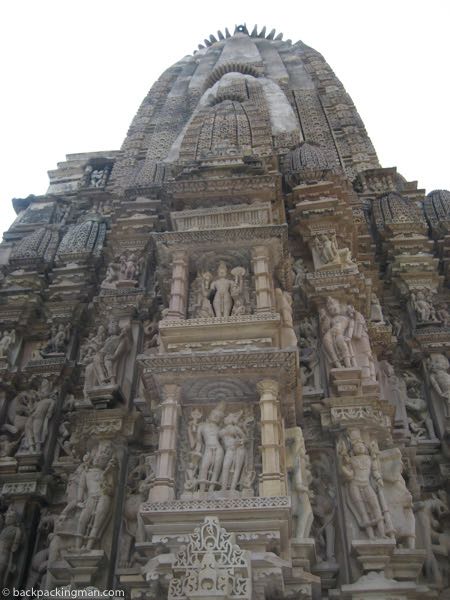 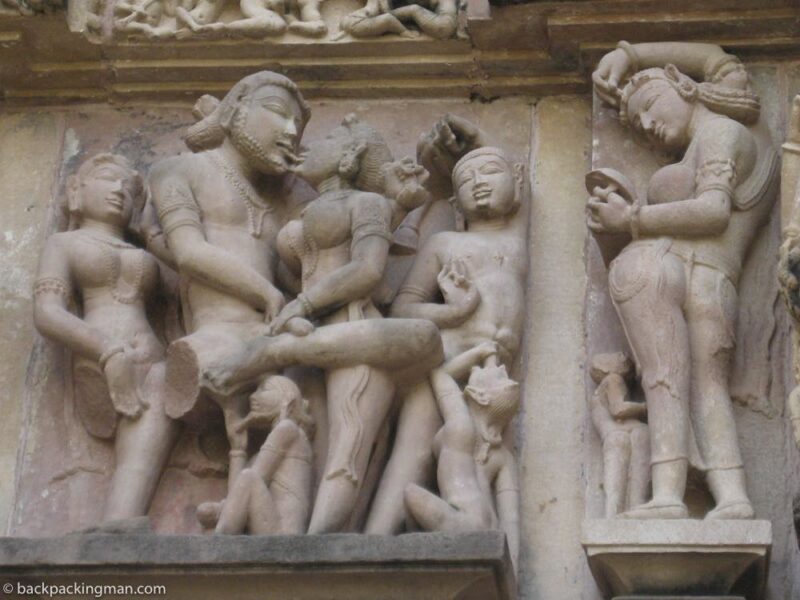 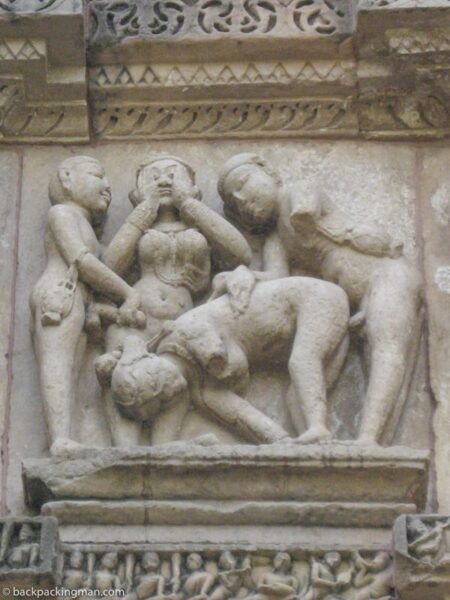 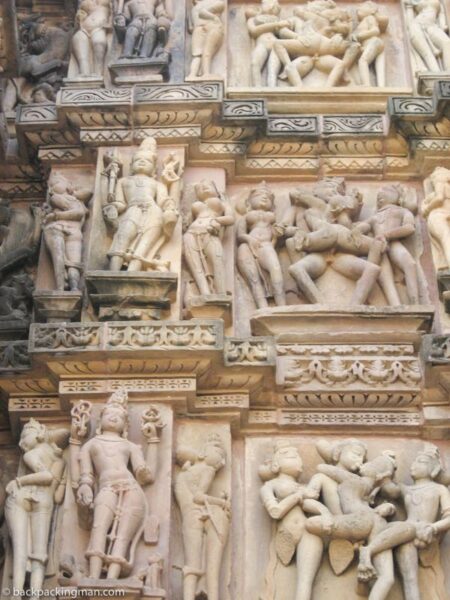 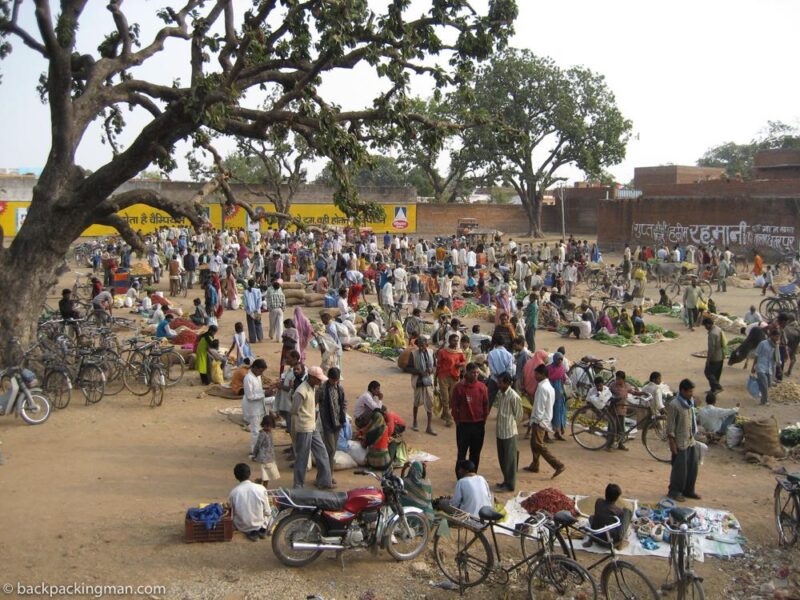 Khajuraho itself is not really a great place so just use it as a base for visiting the temples.

1-2 nights is plenty there as you can see the temples easily in one day.

You can find places to stay in Khajuraho here (Agoda booking site, my favourite).

The best way of getting to Khajuraho is by train if you have the time.

In fact, the best way to get around anywhere in India is by train IMO (except the obvious mountain areas).

The Delhi to Chennai train stops in Khajuraho Railway Station and is the best choice.

What To Do In Kolkata

Take travel insurance for your travels just in case. I use World Nomads (get a quote with that link).

For more articles on India check out my post about travelling across India from the far north of the Himalaya in Sikkim to Kerala in the south.

And for a more in-depth look at Khajuraho take a look here.

If you liked this article about the Khajuraho Temples a share would be cool! 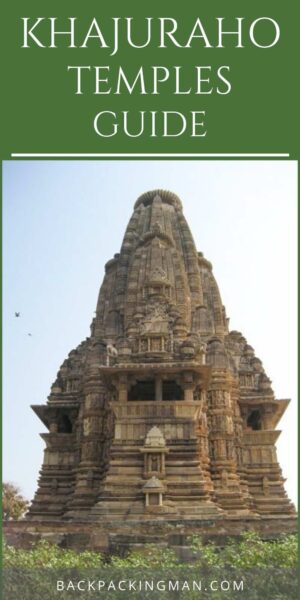 Get info on new posts (and old ones occasionally revised) by email.

We use cookies to ensure that we give you the best experience on our website. If you continue to use this site we will assume that you are happy with it.Ok