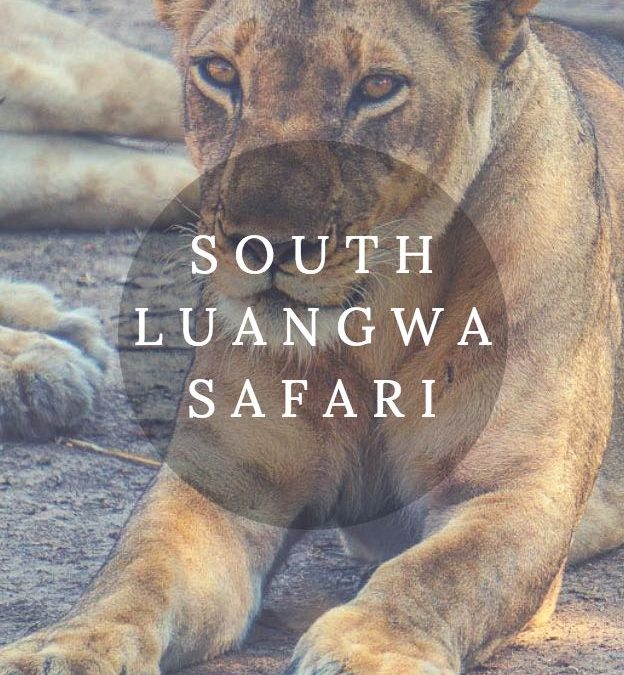 Some places in the world are just beautiful to visit, and South Luangwa National Park in Zambia is one of them.

It doesn’t have the grand savannahs of the Serengeti in Tanzania, or the huge herds of wildebeast and zebra, but it makes up for that by it’s sheer beauty and wildness. 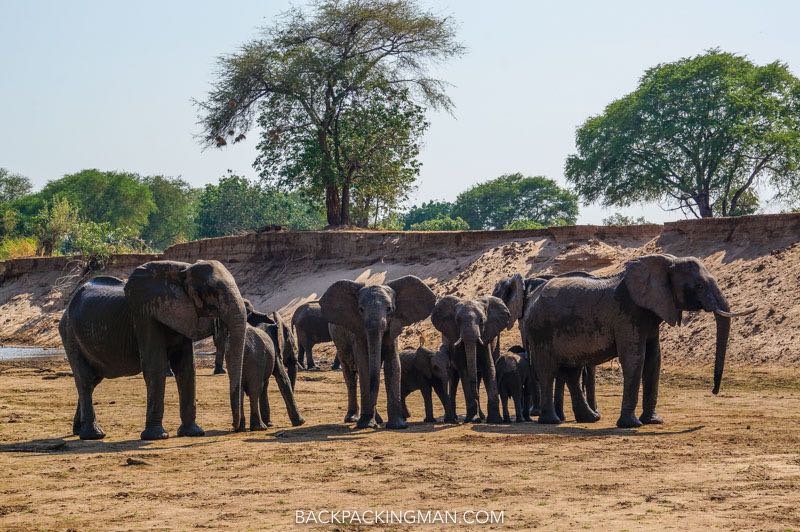 South Luangwa is situated in Northern Zambia, and these days is relatively easy to get too, but still very remote.

Staying at a lodge and campsite by the Luangwa river, which is very barren due to it being the end off the dry season, you can see hippos and crocodiles resting in the little water left, just across from camp.

You can observe elephants and antelope on the other side of the river bank, and sometimes the elephants will cross the riverbed and walk nearby.

But heading over the bridge into South Luangwa National Park itself is when the real beauty and remoteness of this place becomes apparent. The area is covered in forest and open grass, with dirt roads running throughout.

Driving around the usual animals found on African safaris are spotted. Giraffes looking all haughty in appearance, antelope grazing and prancing around.

You can see hyenas and warthogs roaming the short dry grass, as well as the now to familiar group of lions.

A small group of lionesses are spotted under a tree, resting from the sun. Four of them in total, looking non-plussed at the people gazing upon them. 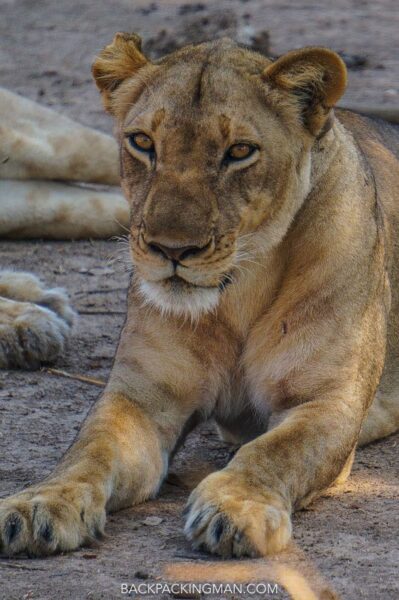 In South Luangwa the vehicles are different than what you would find in the Serengeti, or the Masai Mara. They are open on the sides and top, with seats gradually going up.

You are completely open to the wildlife, a fact that doesn’t escape you when you see a lioness waking up and looking at you licking her lips.

Most lions in the day are mostly lazy. Occasionally one would get up and you think something might happen, but it turns out she was just moving a few metres to sleep somewhere else.

So you leave them alone and move on to the dried up riverbed, where you can see elephants plodding around in the hot sun.

Taking a break from driving around, you stop under the shade of a tree for some tea and biscuits, looking down onto the riverbed with its crocodiles and pretty birds.

Then it’s time to slowly drive out of the park, as it’s 10am and time to rest for the midday sun, before an evening and night safari drive coming up later. 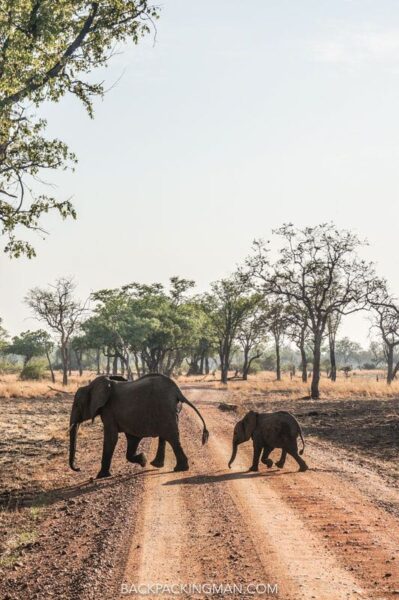 Relaxing in the midday heat, some people choose to read, others to chat and play games. Or you could just choose to sit around the ‘hippo’ pool and cool of in the waters.

It’s called the hippo pool because the sides are slanted, in-case a hippo walks into it and can get out.

After resting during the day it is time to go out on the evening and night drive.

The beauty of South Luangwa is that even if there is not much wildlife going on, it’s still beautiful driving around. With the sun slowly setting, you can see the changing colours of the landscape. 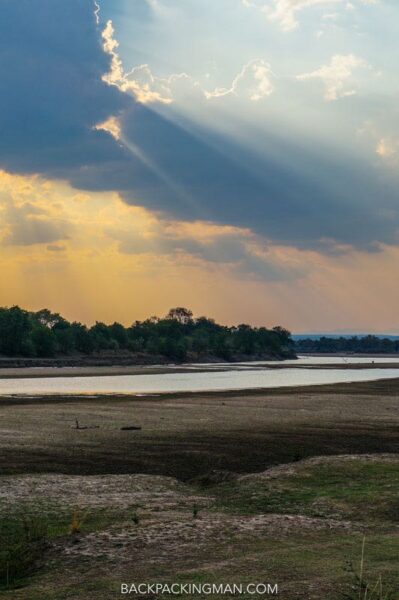 Driving further around some male lions are spotted in the distance under a tree, but far away they do nothing.

The sun going down further, lighting a pink display on the horizon, you head back towards the riverbed and across some open grass full of antelope. At the bank of the river there is dead tree seen earlier in the day with colourful birds on it.

With the sun making its final appearance, they fly around in a bright display, a truly beautiful thing to see. 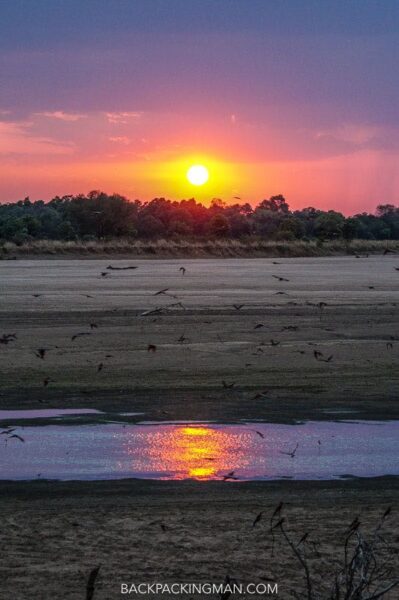 Now some real fun starts, as the night safari begins.

The big predators become much more active in the dark, and this is when they mostly hunt. With a scout sitting on the front of the vehicle, he uses a torch to look for animals, as the driver keeps an eye on the road.

Seeing the reflection of the eyes from the light helps to identify what they are, and the scouts are experts at this. Even when nothing exciting is seen, it is fun moving about in the dark, on the prowl for wildlife.

Suddenly out of nowhere two huge male lions appear in the torchlight.

A large hippo had walked between them, and they seemed to be debating wether to go after it. But lions don’t bring down large adult hippos, so they quickly gave up that idea, and instead moved towards you.

Approaching the car only a few metres away one lion gave a yawn, exposing those massive jaws and teeth.

Then walking to the side, literally only several metres away from you, it stares in your direction, slowly walking by. Remember there is no side to the vehicle, it could jump up, and if the car did not move away in time, there could be big trouble, to put it mildly! 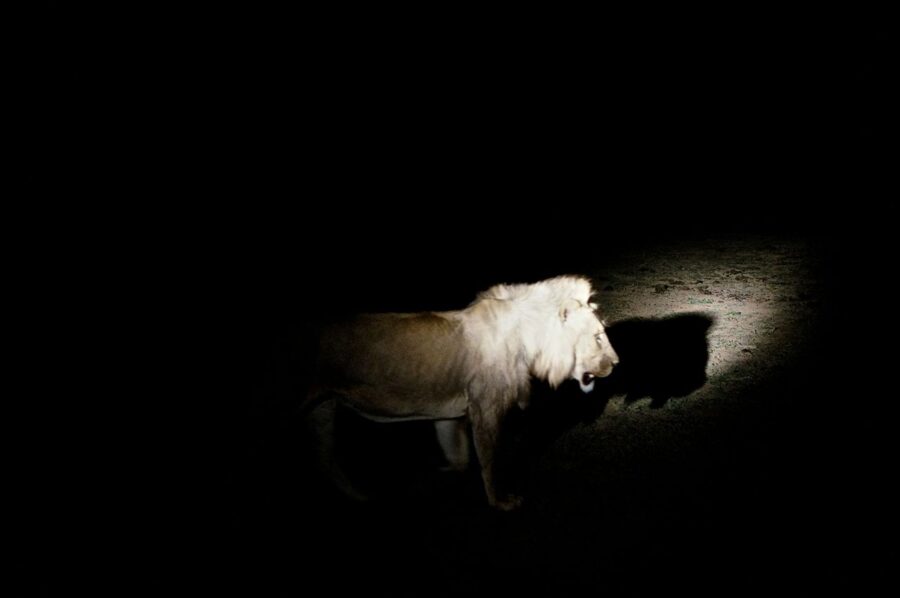 But the two lions moved on behind and it was time to go. With the park closing soon, you had to move back towards the entrance. Seeing two male lions so close at night was an amazing experience.

South Luangwa National Park is such a relaxing and fascinating wildlife experience.

If your’re in Zambia, or planning an overland trip through East Africa, then definitely put this place as somewhere to stop. Deep in the African bush, it is very much worth it.

Take a look at my very detailed guide on safari planning for East Africa. 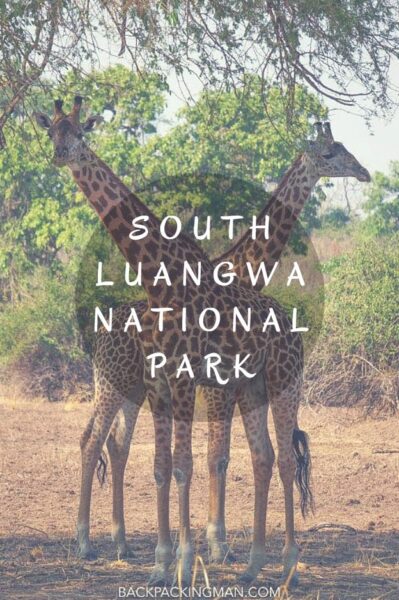 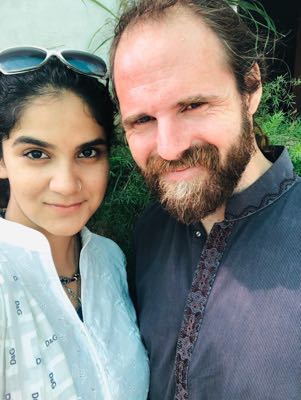 Hi! We’re Jonny and  Sidra. I (Jonny) started ‘Backpackingman’ several years ago to give advice for other travellers about the countries I have visited. Now we travel together to bring you more guides and stories from where we go.  Find out more here…

The Best Day Trips From Osaka

Why Osaka is Better To Stay Than Kyoto

The 10 Best Japanese Foods to Try

Japan is Cheaper to Travel Than You May Think

Get notified of future posts and guides by email